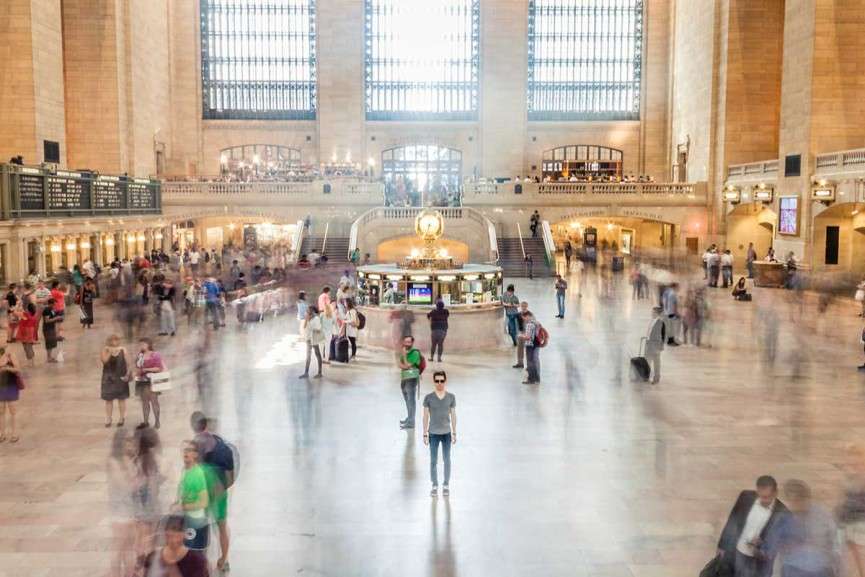 In the first part of this series, we talked through the shift in thinking many in the church have had as it relates to political affiliation and effectiveness. Here’s what I saw/see: many are choosing to replace the church and Christianity with a religious commitment tied to their Nation. In other words, what we have now are mass migrations of individuals moving out of the church to a new realm that is defined by their National commitment and political party. Religion has now become something different than what it used to be. It is putting its trust in the State instead of God and, consequently, the Church has become less than what God envisioned, and the state more than he envisioned. For all of Part 1, click here.

So, I asked: How did this happen? How did people become to trust in the state/nation more than the church? I have some thoughts.

First it happened subtly. In Christian social ethics (i.e. those rules and “codes of conduct” observed by most in a society that govern and guide moral and ethical behavior), it is often assumed that the promoting and protecting of the common good falls to the state (7). This is because Christian social ethics often begin with idealized and ahistorical assumptions about the nature of the state as protector and altruistic benefactor. I say it like this, calling it “ahistorical,” because Christians often seem to think that the way the state functions now, has been the way it always was. They believe that the state has been with us since biblical times, and the Empires of Rome and Ancient Egypt are equivocal to today’s nations. And though, through the ages, it has taken on different forms and names – polis for Aristotle, regimen principum for Aquinas – these terms all refer to the same reality and way of being.

Further, this is an idealized approach because it also believes that the state is called forth from society as a means to protect those within the society. It is the apparatus supported and produced to govern an already established society.

Here’s the thing: this simply isn’t true. The State, in the way we understand it today, is a more recent and different approach to governance than any before it. And, the state is not created as a result of society but has been given ontological (i.e. way of being, becoming, existing) priority to the society itself. In other words, the society is in service to an already existing state – and not the other way around. Therefore, we must examine first the factors that have given rise to the state as we know it today, and, then, address the reality of how the state functions and informs our ontological situation (i.e. our way of being, becoming, and existing). Only then can we have our (partial) answer to the question of Part 1.

How did the state come to be as we know it today? Just as an obvious note: this is a blog post, so I am speaking in broad strokes about this, knowing much more is involved and worthy of discussion.

The easiest way to understand the term “state” in the way we mean it now, is to think of it through the lenses of modernity – the system and way of life through which it was given birth. Bruce Porter (War and Rise of the State) has said, “the State as we know it is a relatively new invention, originating in Europe between 1450 and 1650” (6). Historically speaking, this is the time period of the Renaissance and Reformation. Within this more precise sense, the state is understood and formed based on the exclusively modern understanding of the term “sovereignty.” In this case, sovereignty can be defined as “supreme authority within a territory” (9). A pretty abstract notion, if you ask me.

Sovereignty is a departure from earlier forms of governance, in which people’s loyalty and legitimacy was based on feudal ties, kinship, religious, and tribal affiliation. One can sense, then, how the questions of “church and state” can rub together so harshly in this new “state.” For example, how does one’s understanding of a sovereign God interact with a sovereign state? Whose territory is it?

As the idea of “state” moves forward in time, it begins to take seriously its abstract nature and this is reflected in its use. It becomes a centralizing idea through which territories rally around. It is as if the state becomes the overarching heading by which and through which the common good of all can be protected. Sensing this power, it becomes the term employed by Kings and Queens to convince and motivate people in service to those in power. The courts and establishments in power are seen as the vehicles by which we are protected. It’s as if the state is seen simultaneously as the protector from the outside world and transformer of the outside world. The invitation (evangelism?) is easy: join up with the state, allow it to protect you; you may pay taxes (tithe?) to support it, but it is the apparatus that supports your life.

The invitation (evangelism?) is easy: join up with the state, allow it to protect you; you may pay taxes (tithe?) to support it, but it is the apparatus that supports your life.

The state, as we have it today, has been allowed to take up and inform those responsibilities the church used to occupy. But, the state has radically changed the definition of certain terms. For example, evangelism is no longer about a life transformed, protected, and empowered by God; it is about a life dedicated to the protection of the state. That’s why, in my opinion, the soldier becomes the true citizen: she/he is willing to give his life for the state.

This leads us to the second part: the state has begun to inform our ontological situation.

In the opening paragraph, I mentioned that the state is often thought of as arising out of necessity when a society reaches a certain point. The more it grows, the more organization it needs. Thus, the state is produced. It must be produced, it’s said, because it teaches us how to interact with each other and protects us from each other. As humans, we become locked into a situation of “rights.” Rights over land, property, money, future business ventures, etc. The state teaches us to surrender to its sovereign power, as it becomes the ultimate mediator (aka protector of the common good). It gathers up the many into one. In this way, the state liberates us to pursue our own ends without fear of interference from other individuals. You can see why its beneficial to see the state come after the society. It is the savior of the society.

But, this is a difficult premise to accept. I believe the state, as we have seen it and been absorbed into it, operates as a pre-existing, life-orienting force. This is why philosophers like John Locke will say things like, “…in the beginning, all the world was America” (Two Treatises, 134). Looking at it from this perspective allows us to see the state for what it’s trying to be: God. It is, in this way, seen as the ontological pronouncer and formalizer within a society. We see it do this in two negative and tragic ways:

First, it is this outside force that directs our affections to itself; capable of creating a society that replaces the loyalties of the many (i.e. religious, familial, tribal, etc.) into one whole, bounded by borders and ruled by one to whom allegiance is owed in a way that trumps all other allegiances. It makes us choose between state and family, state and community, and, ultimately, state and God.

Second, as it tries to promote a common good, it tries to ward off social interaction by keeping individuals from interfering with each other. The state, it seems, is focused on creating individuals out the many. Alienating one from another. That’s why, for me, contracts have become so important in our society: they give us the rules of relationships; what we can and cannot do with one another. In the end, the state has shaped us to be more afraid of each other than to love and care for each other.

So, how has this affected our behavior? Stay tuned for Part 3: Ways of Doing. 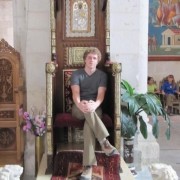 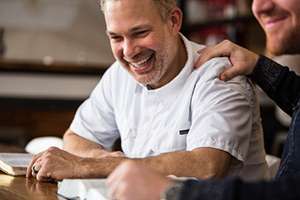